The maximum electric current delivered by the electric power system to a fault at a given point in a circuit.

A barrier that prevents loose material from sliding into the tracks or wheels of any type of excavation or digging machine.

That part of a building which projects prominently from the main mass,e.g.,a pavilion. 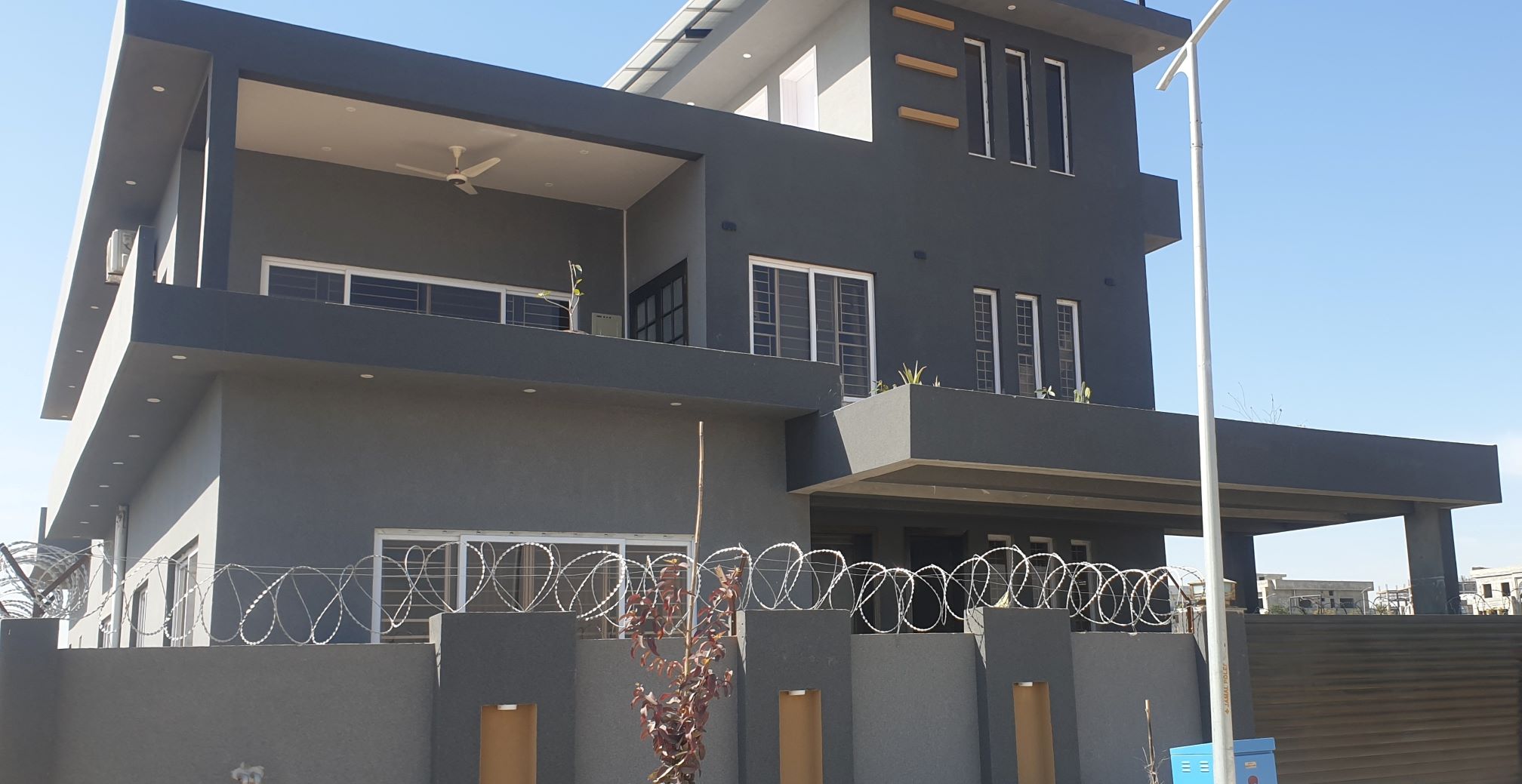 The average number of years between storms that will produce rainfall rates equaling or exceeding a given amount;sometimes called the “return period.”

The force in a steel reinforcing bar divided by the product of its perimeter and its embedded length.

Concrete that is made with out artificial aggregates or admixtures;its strength is not established by tests but is assumed to be the value derived from its water-cement ratio.

Within a building construction site,the arithmetic average of the elevations of various ground surfaces within the site.

The average distance that a grading material is moved from cut to fill.

A procedure for calculating the volume of earthwork between two cross sections;the cross-sectional areas are averaged  and  multiplied by the distance between cross sections to determine the volume.

A communication from an owner accepting a bid or negotiated proposal.An award creates legal obligations between the parties.

A blind which is hinged at the top;can swing outward and be fixed in position by a stay.

A window consisting of a number of top-hinged horizontal sashes one above the other,the bottom edges of which  swing outward;operated by one control device.

An arch which is constructed of bricks that have been roughly cut into a wedge shape.

A brick,shaped with an ax,that has not been trimmed;when laid,the joints for such bricks are thicker than those for gauged brick.

An ax for spalling or dressing rough stone;has either one cutting edge and one hammer face or two cutting edges.

In statics,a graphical representation of the axial load acting at each section of a structural member,plotted to scale and with proper sign as an ordinate at each point of the member and along a reference line representing the length of the member.

The resultant longitudinal internal component of force which acts perpendicular to the cross section of a structural member and at its centroid,producing uniform stress.

A straight line indicating center of symmetry of a solid or plane figure.

A carpet having pile which is attached to the carpet backing by inserting the tufts by rows between the warp threads and then binding them by means of the filling;this method of carpet construction permits intricate design and almost any number of colors to be used.

A form of orthographic projection in which a rectangular object,projected on a plane,shows three faces.One of two general divisions of pictorial projection (the other being oblique projection);often divided into three types:isometric,dimetric and trimetric.

A type of pillar,placed on a platform attached to a Buddhist stupa.

In plane surveying, a horizontal angle measured clockwise from north meridian to the direction of an object or fixed point.

A survey traverse in which the direction of the measured course is determined by azimuth and verified by back azimuth;to initiate this type of traverse,it is necessary to have a reference meridian.

1: In Hispanic architecture, a flat roof. 2: An open, elevated terrace, usually located at the back of a house which it adjoins.

The architecture of the Aztecs in Mexico,succeeding the Mayans,from the 14th cent. until the Spanish conquest in the 16th cent.

An earthenware tile of Spanish manufacture,painted and enameled in rich colors,esp.one having a metallic luster.