A beam whose section has the form of an inverted L;usually placed so that its top flange forms part of the edge of a floor.

That portion of a precast concrete frame composed of the column,haunch, and part of the girder.

A plan having the shape of a capital letter L.

A shore having an L head. 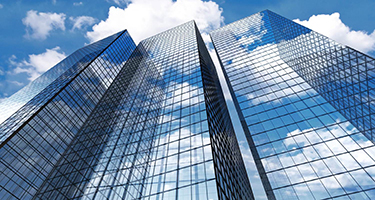 A course, 1 of bricks around the exterior perimeter of the visible face of an arch; placed so as to throw off rainwater that would otherwise run down the face of the wall.

label A square arched dripstone or hoodmold; extends horizontally across the top of an opening and returns vertically downward for a short distance.

1.The termination of a hoodmold or arched dripstone in which the lower ends are turned away from the opening horizontally. 2.Any decorative boss or other termination of a dripstone, hoodmold, sill, etc.; a knee

A fire rated door carrying a certified rating by the Underwriters’ Laboratories, Inc

A doorframe that conforms to all applicable requirements and tests of the Under writers’ Laboratories, Inc., and bears their label.

A window that conforms to all applicable requirements, in respect to fire resistance, of the Underwriters’ Laboratories, Inc., and bears their label designating the fire rating.

On a construction project, the cost of all labor necessary to produce the construction required by the contract documents.

1.A maze of twisting passageways. 2.In medieval cathedrals, the representation of such a maze inlaid in the floor. 3.A garden feature of convoluted paths outlined by hedges, usually above eye level; also called a maze.

A resinous insect secretion used as a base for shellac, lacquer, and varnish.

A coarse grained wood from Australia, pale pink to pinkish brown in color, moderately hard and heavy, with a lace like figure; used for interior trim, paneling, and plywood.

A light duty scaffold supported by brackets attached to ladders.

A ditcher which digs trenches; utilizes buckets mounted on a pair of chains that travel on the exterior of a boom.

In a public building, a room containing toilet and lavatory facilities for the use of ladies.

A pointed piece of hard wood used for clearing out the grooves of the cames, which hold panes of glass in stained glass windows and casements.

In Spanish Colonial architecture and derivatives, an adobe brick that has been kilndried rather than sundried, thereby providing increased durability, increased mechanical strength, and greater moisture protection.

A major chapel dedicated to the Virgin Mary, on the axis of a church at its east end.

On drawings, abbr. for lagging.

A bolt having a square head and a thin, coarse pitched thread.

A pile having longitudinal pieces (i.e., lags) which are fastened to it for providing mechanical protection and increased friction and bearing area.

1.Thermal insulation for pipes, tanks, ducts, etc.; sometimes block insulation, pre shaped to conform to  the curved surface. 2.The planking, consisting of narrow strips, extending from one rib of the centering of an arch or vault to another; provides direct support for the voussoirs until the arch or vault is closed in. 3.Boards which are joined, side by side, lining an excavation. 4.Horizontal members between soldier piles.5.Wood strips that cover a wall.

A molding that is worked separately and fastened to the work by brads.

The accumulation of fine particles on the surface of fresh concrete resulting from an upward movement of water in the concrete; occurs when excessive water is used in the mix- ing of the concrete.

In Spanish architecture and its derivatives, same as flagstone.

Any of a number of bright pigments which are prepared from animal, vegetable, or coal tar coloring matter, or formed synthetically; used in paints.

Sand consisting mainly of rounded particles as contrasted with bank sand which has sharp edges; the latter is preferred in plastering.

A proprietary name for a cylindrical column which is concrete filled; used as a structural column to support beams or girders.

On drawings, abbr. for laminate.

The monumental human headed, winged bulls that guarded the entrances to Mesopotamian palaces and temples.

1.The end of a handrail which is turned out or down from the rail and curved so as to resemble a tongue. 2.A carpenter’s molding plane having a deep and narrow blade more or less resembling a tongue and curved so as to cut a quirk bead.3.A molding cut from such a plane, usually two ovolos separated by a fillet and set off by fillets at the other ends.

A unit of luminance equal to (1/) can- dela per sq cm; equal to the uniform luminance of a perfectly diffusing surface emitting or reflecting light at the rate of 1 lumen per sq cm. Abbr. L.

A law stating that the luminous intensity, in any direction from a plane surface, varies as the cosine of the angle between that direction and the perpendicular to the surface.

A reinforced concrete, metal, or wood member joined with similar members in a criss cross pattern so as to form an arch or vault.

A wooden arch made of several layers or laminations of thin boards bolted or glued together.

A beam built up by gluing together several pieces of timber; may be either straight or curved.

Two or more plies of plate glass, float glass, or sheet glass, bonded to a transparent plastic sheet between them to form a shatter resisting assembly.

A plastic material consisting of superimposed layers of a synthetic resinimpregnated or resin coated filler which have been bonded together (usually by means of heat and pressure) to form a single piece.

An incandescent lamp, usually with a PS-or A-shaped bulb which is silvered from the maximum diameter to the  base,leaving a clear or frosted hemispherical region opposite the base end. 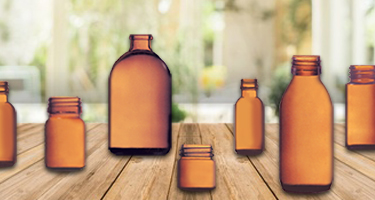