A story within a sloping roof;usually having dormer windows and occupying about half the area of the floor or floors below.Also see garret,attic.

A jack truss whose shape is half that of a normal roof truss;partly supported by a main roof truss and at an angle to it.

A wall having a thickness equal to the thickness of a brick laid as a stretcher. 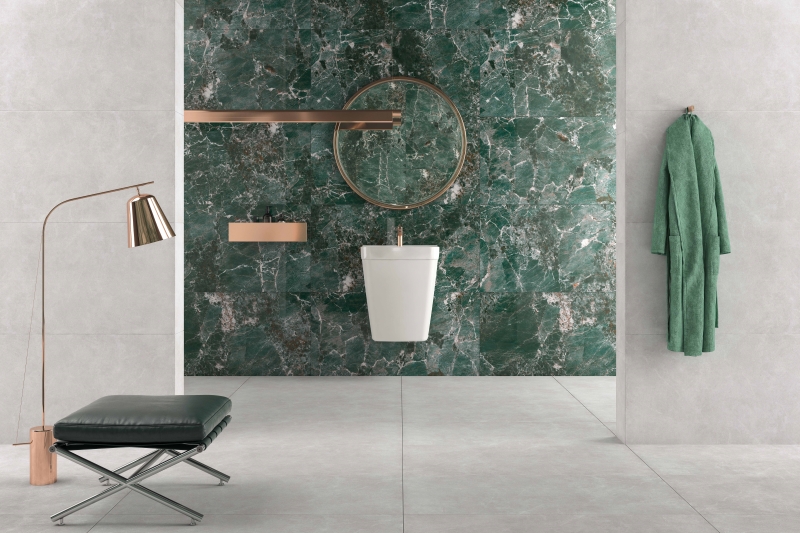 A simple joint between the timbers at a corner of a log house; formed by cutting away the lower half of the end of one timber and placing it over and at right angles to another timber in which the upper half of the end has been cut away; a spike or treenail is usually driven through the two ends to secure the joint.

At a corner of a log house,a notch in the shape of a half dovetail at the end of a rectangular exterior timber;forms an interlocking joint when mated with an appropriately notched timber at right angles to it;compare with dovetail notch.

A primitive shelter,often temporary,having a significant portion of its structure dug below ground level;commonly has sod walls and a sod roof;also see sod house.

Descriptive of a shed roof having the shape of a flat inclined plane.

A door having glass in the panel above the lock rail.

A joint at the intersection of two wood members of equal thickness in which half the thickness of each is removed so that they fit together to form a flush surface.

A hinge,one plate of which is mortised in the door leaf,the other being surface mounted on the jamb leaf.

A handsaw similar to a ripsaw,but with teeth that are more closely spaced.

A file whose cross section is convex on one face and flat on the other face.half shaft A roll molding on each side of an opening such as a window.

A gutter,1 having a half round cross section.

A lean to roof.

A hinge which is applied to the surface of the door leaf and to a mortised jamb leaf.

Descriptive of buildings of the 16th and 17th cent.which were built with strong timber foundations,supports,knees,and studs,and whose walls were filled in with plaster or masonry materials such as brick.

Building construction in which all supporting and bracing members are heavy timbers as in the medieval system of braced timber framing of a house; to provide additional rigidity and better thermal insulation, the space between the structural timbers is usually filled with brick or filled with plaster,wattle and daub,or a nogging consisting of clay (often taken from the cellar excavation) mixed with chopped straw to act as a binder.Also see columbage,fachwerk,false half timbering,pierotage.

Descriptive of a stair which turns 180or through two right angles at each landing.Also see dogleg stair.

A stair landing at the junction of two flights which reverses the direction of horizontal progress,making a turn of 180.Such a landing extends the width of both flights plus the well.

A test device for detecting halo carbon refrigerant leaks; usually uses alcohol and burns with a blue flame; when the sampling tube on the tester draws in refrigerant vapor, this is indicated by a change in color of the flame.hall 1.The main room of a medieval or post medieval house that served as the center of family life,usually combining the functions of a kitchen, dining room, living room, and workroom for activities such as spinning, sewing, and candle making; often called a keeping room; also see hall and parlor plan.2.An imposing entrance hall; also called a living hall. 3.A large room for assembly,entertainment,and the like.4.A small, relatively primitive dwelling having a one room plan.5.A manor house.6.A corridor.

A bedroom having the same width as the hall, formed by sectioning off one end of the hall.

A rectangular keep in which the great hall and bed chamber were adjacent.

A common two room floor plan in early colonial New England; the front door opened into a small vestibule,called a porch,which contained two interior doors leading to the two rooms of the house.One room,the hall,1,served as the center of activity for the entire family;the other room,the parlor,contained the best furniture,as well as a bed for the parents.These rooms were separated by a wall containing a massive chimney that served them both.A loft space above was reached by a stair way in the hall.Also see center hall plan.

A fire protection system employing halon gas as the means of extinguishing a fire used in areas of high monetary value,but now of limited application because of environmental concerns about the use of this gas.

Same as half cut notch.

A half lap joint.

Same as half lap joint.

The cutting away of two wood members at their ends,each to half its thickness;when the two cut surfaces are placed together,a lap joint or half lap joint is obtained.

A half lap joint.

A type of nozzle for a gun which delivers shotcrete;has a larger diameter at the midpoint than at either the inlet or the outlet.

An establishment for bathing in the Oriental way,with steam rooms,etc.;a Turkish bath.

A hand tool having a head at right angles to the handle;used for driving nails,pounding,flattening materials,etc.

One of a pair of short horizontal members attached to the foot of a principal rafter in a roof,in place of a tie beam.