The surface coating on a painted object;built up from some combination of the following coats:sealer or primer,stain,filler,undercoat,topcoat,varnish coat.

A decorative glass that is colored by the application of an enamel paint onto a glass surface that is then heated in a kiln at a high temperature;see stained glass.

A mode of 19th century Victorian architecture in which the exteriors of houses are characterized by bright,contrasting colors;San Francisco has an abundance of such houses. 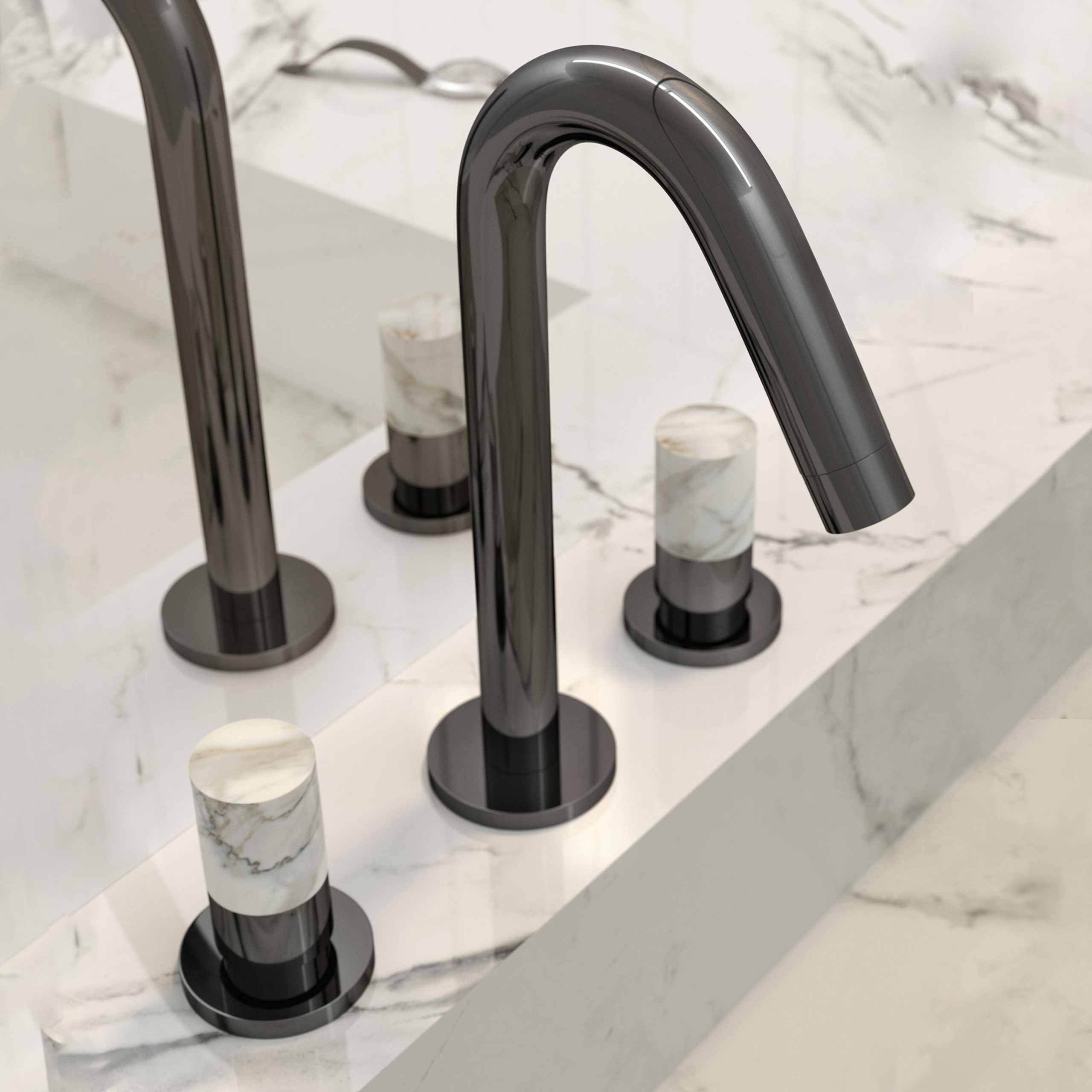 A façade having two gables that form a pair;for example,sometimes found in the façades of Gothic Revival structures of wood construction.

A Greek or Roman building for athletic training,smaller than a gymnasium,consisting of a large square court with colonnades,rooms for massage,baths, etc.

See Italian Renaissance Revival in which palazzi were widely imitated.

1.A flat strip (slat) or round stake,usually of wood;set in series to form a fence.2.An area enclosed by such stakes.

A series of stout poles,pointed on top and driven into the earth,used as a fence or fortification. Also see stockade.

A primitive house or building,usually built in frontier areas;walls were once constructed by setting two parallel rows of logs upright into the ground,and then filling the space between the rows with mud and twigs,or clay mixed with stones.

A door topped with a rounded arch;flanked by vertical rectangular areas of fixed glass on each side that are narrower and usually not as high as the door;suggestive of the appearance of a Palladian window.

A dormer having a window,divided in three parts,that is suggestive of a small Palladian window.

A door or window opening in three parts, divided by posts, with a lintel flat  over each side but arched over the center.

A large window divided in three parts:a central sash that is arched at the top and two sashes on each side of it that are smaller than the central sash;the smaller sashes are rectangular,topped with flat lintels.Compare with three-part window.

A term descriptive of a style of building that follows the strict use of Roman forms,as set forth in the publications of the Italian Renaissance architect Andrea Palladio (1508–1580),particularly under the influence of Lord Burlington in the 18th century.

A brick esp.made with a groove along one edge to receive a pallet.

A type of Egyptian capital resembling the spreading crown of a palm tree.

A primitive one room dwelling having a steeply pitched gable roof which is thatched with overlapping palmetto fronds attached to a wood framework;provides a relatively watertight roof and walls.Temporary dwellings like these were constructed by early Spanish colonists in Florida.

1.A column capital resembling the leaves of a palm tree.2.A palmette.

An ornament derived from a palm leaf.

Having the form of a palm leaf or the crown of a palm tree.

An ornament consisting of vine leaves and grapes used to fill cavettos and other continuous hollows in a group of moldings.

1.A wall plate.2.A part of an exterior wall;esp.in half timbered construction,the wall spaces between the timbers. 3.A major vertical division in a wall. 4.A structural panel. 5.A form, frequently of molded fiberglass, used in pouring concrete floors or roofs.6.The recessed bed for the leaf of a hinge.

Small bits of coke and furnace clinker from the pan beneath a coke oven;suitable for use as aggregate in lightweight concrete block.

A concrete floor or roof construction in which a prefabricated form (pan,5) is used repeatedly,giving the underside of the construction a waffle like appearance.

In the sieve analysis of aggregate,soil,etc.,that fraction of the total sample retained on any sieve compared with the initial sample tested.

A shallow pan having a relatively large area,filled with water which evaporates as air passes over the pan;a heating element in the pan may be used to increase evaporation.

The curved surface of a pendentive.

Garlands or festoons of flowers,fruits, etc.

1.A flat sheet of glass, cut to fit a window or door or part of a window or door;often  of small size, the larger ones usually being calledsheets.After installation in a window sash, a pane is often referred to as a light.A window sash may be divided into a number of small lights,often for decorative or stylistic purposes.The configuration of a double hung window having divided lights is often specified by the number of panes in the upper sash followed by the  word overand  then  the  number  of  panes  in the lower sash; forexample, a “six over three pattern” indicates that the upper sash is divided into six panes and the lower sash  is  divided  into three panes. 2.A panel of a door,wainscot, or the like.3.A rectangular division or plane surface of a  building. 4.A British  term for peen.

1.A large,relatively thin board or sheet of lumber,plywood, or other material used as a wall covering.2.A thin board,plywood sheet,or similar material with all its edges inserted in a groove of a surrounding frame of thick material.3.A portion of a flat surface recessed or sunk below the surrounding area, distinctly set off by molding or some other decorative device.4.A section of floor, wall, ceiling, or roof, usually prefabricated and of large size,handled as a single unit in the operations of assembly and erection. 5.A length of formed metal sheet,or an assembly of such sheets,usually with insulation between, as used for wall enclosure on industrial type buildings.6.A frog.7.That portion of a truss between adjacent panel points lying in the same chord. 8. Same as panelboard.

1.In an electrical installation,a single panel or group of panel units designed for assembly in the form of a single panel;includes buses,and may include switches as well as automatic overcurrent protective devices for the control of electric circuits;designed to be placed in a cabinet or cutout box placed against a wall or partition so that it is accessible from the front only.

A small panel board providing many of the same functions as a larger panel board.

A method of building  construction which uses panels as major elements or components.

A molding which separates two wood panels along their common edge.