Of a plumbing fixture,a pipe which vents a fixture drain and which is connected to the main vent above it.

A supply other than an approved public water supply which serves one or more families.

The quality of air inside a building;deemed to be acceptable by ASHRAE if it contains no contaminants at harmful concentrations,and if at least 80% or more of the people in the building who breathe this air do not express dissatisfaction with it.

The forced movement of air or gases caused by the suction created by the inlet side of a fan.

Siphonage of water from a fixture trap (i.e.,the drawing away of water that forms a trap seal);usually due to an improperly installed vent pipe.As a result,when another fixture on the same vent pipe discharges,siphonage may be induced.

A boiler system having a power operated fan at its discharge end;the fan draws air through the burner and boiler,conveying the products of combustion to the atmosphere through a short chimney. 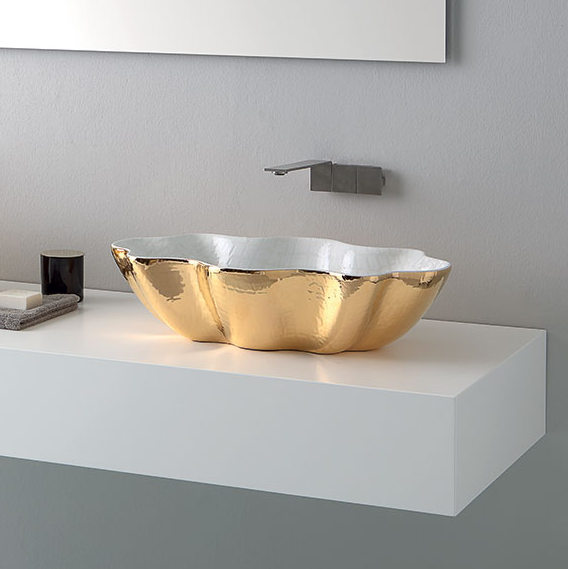 A water cooling tower having one or more fans located in the saturated air stream leaving the tower.

1.In air conditioning,the entrainment of air in a room by the flow of a stream of primary air from an air outlet.2.The process by which current in one conductor induces an electric current in a nearby conductor.

A brazing process in which the required heat is obtained from the resistance of the work to an induced electric current.

In piping,the heat treatment of completed welds by the heat generated by the use of induction coils around the piping.

An alternating current motor having its primary winding,on one member (which is usually the stator),connected to the source of electric power;a secondary winding on the other member (usually the rotor) carries the induced current.

A soldering process in which the required heat is obtained from the resistance of the work to an induced electric current.

A welding process in which coalescence is produced by the heat obtained from resistance of the work to an induced electric current,with or without the application of pressure.

Any area devoted predominantly to manufacturing.

The art of utilizing the resources of technology to create and improve products and systems which serve human beings,taking into account factors such as safety,economy,and efficiency in production,distribution,and use.such design may be expressed partly in external features,but predominantly in integrative structural relationships,responding to the perennial human need for meaningful form.

A nonportable,power operated hoisting and lowering mechanism for raising or lowering material vertically,operating entirely within one story of a building.

A planned industrial or technologically based district of a city;usually intended for light manufacturing,industrial usage,research,or for warehousing;often located in open land near the city or in a renovated urban area.

A door constructed from tubular steel with locked seams;the corners are welded and all joints are ground smooth;the door panels consist of one or two sheets securely fastened to stiles and rails.

A waterborne waste resulting from an industrial process;differs in composition from domestic sewage wastes.

A building system of mechanized production design in which the subsystems and components have been integrated into an overall process,utilizing factors of planning,design,programming,production, transportation,and on site assembly techniques.Also see systems building

In the construction industry,a specification based on codes,technical reports and disclosures,or on test procedures and results that have been shown to be of proven use and general acceptance.

Deformation of a material that does not disappear on removal of the force that produced it.

A paint base which does not provide hiding,color,or drying properties.Its main function is to provide solids,usually at low cost.