A measure of the noise generated by a fluorescent lamp ballast;designated by letters from A (the quietest) through F(the noisiest).

In landscape architecture,a method of preparing a plant or tree for transplantation;the largest part of the root system is covered with a ball of soil and then wrapped in burlap (Hessian) for protection and ease of handling when it is moved to the site where it is to be planted.

A spherical ornament composed of three conventionalized petals enclosing a ball,usually in a hollow molding,popular in the English Decorated style.

In welding,the formation of globules of molten brazing filler metal or flux as a result of failure to wet adequately the metal being welded. ballium The court of open space within amedieval fortification; a bailey.

A globe or round ball,placed on the top of a pillar,pediment,pier,or the like,which serves as a crown.

A system of framing a wooden building;all vertical structural elements of the exterior bearing walls and partitions consist of single studs which extend the full height of the frame,from the top of the sole- plate to the roof plate;all floor joists are fastened by nails to studs.Compare with braced framing. 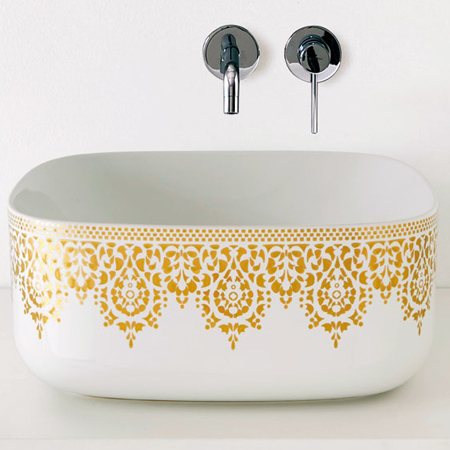 A type of loan agreement, whether or not secured by a mortgage,in which the final payment due at maturity is much larger in amount than each of the periodic payments required during the life of the loan.

The lightest of all woods,with density of about 7 to 10 lb per cu ft (110 to 160 kg per cu m);used for the core of light weight sandwich panels,models, etc

1.A column shaped some what like a baluster,with a short, massive shaft.2.A short,thick set column in a subordinate position,as in the windows of early Italian campanili.

On an Ionic capital,the return face (having the form of a concave roll),reaching from volute to volute.

An entire railing system (as along the edge of a balcony) including a top rail and its balusters,and sometimes a bottom rail.

In the architecture of India,a court or courtyard.

1.Any horizontal flat member or molding or group of moldings projecting slightly from a wall plane and usually marking a division in the wall. Also called band molding or band course.

In Spanish architecture and its derivatives,a built-in seat.

A two piece metal clamp,secured by bolts at both ends;used to hold riser pipes.

A thin metal strap used as a form tie,a hanger,etc.

One of a horizontal series of three windows or more,separated only by mullions,that form a horizontal band across the façade of a building;for example,see frieze band window.Most commonly found in buildings erected after 1900.Also called a ribbon window.

A strap,band,ring,or chain placed around a structure to secure and hold its parts together,as around the springing of a dome.

In late neoclassic architecture in England,Italy,and France,an architrave,2 interrupted at intervals by smooth projecting blocks,between which are set the molded portions of the architrave.

A masonry barrel vault whose semicircular cross section is stiffened at regular intervals by arches which project beneath the vault’s surface.

A column with drums that alternate in size,color,or degree of ornamentation.

In medieval architecture,an impost with horizontal moldings,the section of the molding of the arch above being similar to that of the shaft below.

A pilaster decorated in the manner of a banded column.

A surround (i.e., a decorative architectural element around a doorway,fireplace, or window) that is banded,usually by adjacent masonry blocks that are of two different sizes; for example,see Gibbs surround.

A decorative representation of a ribbon or long scroll,often bearing an emblem or inscription.

1.Wood edging for veneered doors or panels; normally used at the edge of plywood or coreboard constructions.2.One or more decorative wood strips; decorative inlay.3.Metal,plastic,or fiber straps to tie bundles together. 4.The strapping of the top of a timber pile to prevent its splitting while being driven.

A carpenter’s plane used to cut grooves and to inlay strings and bands in straight and circular work.

An arch in which the opening is permanently closed by wall construction.

An area built around the outside of a basement wall to prohibit penetration of moisture.

A rough window frame or subcasing to which trim is added.

A drain which is not connected to a sewage system.

A catch for securing a blind or a shutter,in either an open or a closed position.

A flange which closes the end of  a pipe.

In an interior of a brick wall,a header concealed so that it does not appear on the face of the wall.

A hoistway that does not have a hoistway door at every floor.

A nipple,one end of which is capped.