Any fiber made from a mineral, plant, or animal source, as opposed to a synthetic fiber.

Any finish resulting from the application of a transparent substance (such as a varnish, water repellent preservative, sealer, or oil) which does not affect significantly the original color or grain.

Ceramic facing tile having unglazed or uncoated surfaces which have been fired to the natural color of the material used in forming the body of the tile.

A foundation which requires no special preparation of the soil below to support the structure.

One of a number of frequencies at which a system or object tends to vibrate if subject to a mechanical displacement or impact and then allowed to vibrate freely. 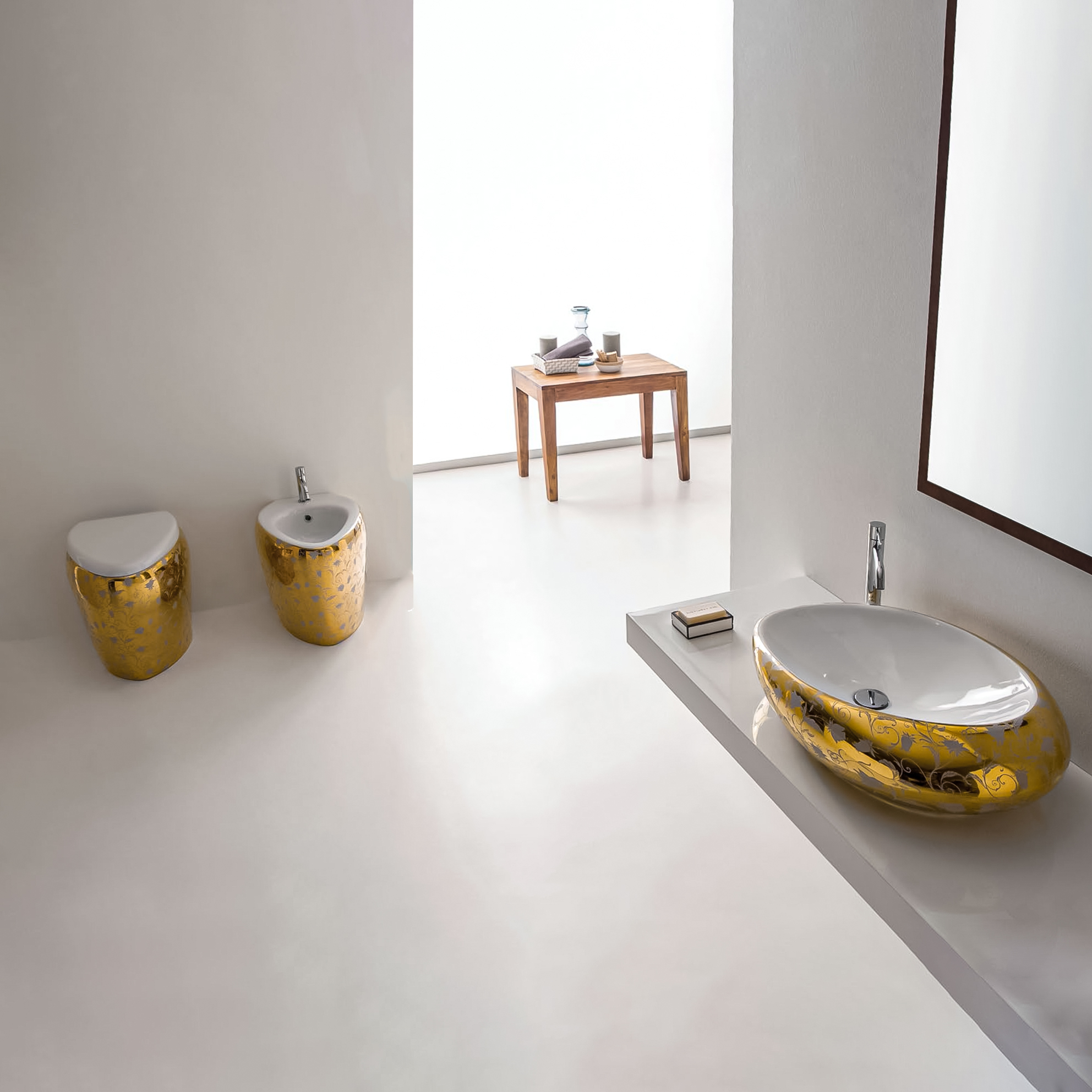 A combustible hydrocarbon gas having a calorific value of about 1000 Btu per cubic foot (8,900 kilocalories per cubic meter) of gas;the most commonly available gas from utility companies.

The elevation of the original or undisturbed natural surface of the ground.

Daytime light from the sun and sky,as opposed to light from artificial sources.

A raw or calcined natural material (such as volcanic ash) which has pozzolanic properties.

Sand which is the result of natural disintegration and abrasion of rock.

True stone,as distinguished from imitations.The term is a  redundancy, as stone is,by definition,natural in its occurrence.

Ventilation by air movement caused by natural forces,rather than by fans.

Describing stone that has been split (cleaved) parallel to its stratification, yielding an irregular but nearly flat surface.

A boiler system in which a chimney is required to draw the products of combustion through the boiler or furnace.

A chimney that draws the gases and smoke of combustion from a furnace because of the natural draft it develops; operates without auxiliary mechanical draft equipment.

1.Oils,resins,tars,and pitches obtained from the oleoresin of pine trees.2. Obsolete name for resin and turpentine.

1.The middle aisle of a church. 2.By extension, both middle and side aisles of a church from the entrance to the crossing or chancel.3.That part of the church intended primarily for the laity.

The open arcade between the central and side aisles.

Abbr. for “National Board of Fire Underwriters.”

A series of curves of octave band sound spectra, used to provide a single number rating of the noisiness of an indoor space. A measured octave band spectrum is compared with this set of curves to determine the NC level of the space in which the measurements were made.

On drawings,abbr. for “noncorrosive metal.”

(US) Abbr. for the “National Concrete Masonry Association.”

Abbr. for the “National Conference of States on Building Codes and Standards.”

Descriptive of plaster or cement mixed without the addition of any material except  water.See neat cement.

1.Hydraulic cement in the unhydrated state. 2.Cement mortar made without the addition of sand.

1.A fluid mixture of hydraulic cement and water,with or without admixture.2.The hardened equivalent of such mixture.

A mixture of hydraulic cement and water,both before and after setting and hardening.

1.A line which defines the limits of work, such as an excavation, cut stone,etc.2.The true face line of a building regardless of the projections of the stones;a line back of,or inside of,incidental projections.

Plaster made without aggregate.

The exact size after preparation.

Brickwork set at the base of a wall above the footings.

A characteristic Norman molding with an undulating lower edge.

A privy in an ancient castle or a monastery.

1.In the classical orders, the space between the bottom of the capital and the top of the shaft, which is marked by a sinkage or a ring of moldings.2.A section of the branch duct that connects an air diffuser with the main supply duct.

A necking which takes the form of a molding of any type;same as necking,

1.Same as neck.2.A molding  or group of moldings between a column and capital.3.Any ornamental band at the lower part of a capital;a hypotrachelium.4.An irrecoverable reduction in cross section of a sealant under stress.

1.A city of the dead;a large cemetery in ancient Egypt,Greece,Phoenicia,Carthage,etc.2.An ancient or historic burial place.

1.A piece of timber laid  horizontally and supported on props or shores under a wall or building,etc.;provides temporary support while the foundation or part beneath is altered,repaired,or underpinned.2.A short timber, or the like, which passes through a hole in a wall;used to support a shore,a scaffold, etc.

A shower bath containing pipes with a large number of tiny holes through which a spray of water strikes the bather in tiny jets.

A crossbeam supporting a load;used in underpinning foundation walls; attached to columns at its ends,clear of the existing footing.