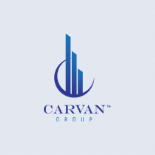 It is totally about our story i.e. “Carvan” began over half a century ago, in 1965 when our founder Mr. Zia ud Din (late) initiated a small restaurant at Multan Road to serve a major travel route of Lahore. Since then the brand name of ‘Carvan’ has been deeply rooted in the vicinity.

Zia ud Din’s son Haji M. Sabeeh (late) was the visionary who not only assisted his father with the newly started enterprise but also incorporated the ideology of “diversification” in family business so that the company could set foot and prove its mettle in various sectors of trade. He laid down the foundations of the first steel bar outlet in 1971 and named it “Carvan Traders”, a name which earned good will and esteem in a very short span. The steel retail outlet was soon joined by the cement distribution agency “Ahmed Enterprises” which provided wholesale and retail services of major cement companies in Pakistan.